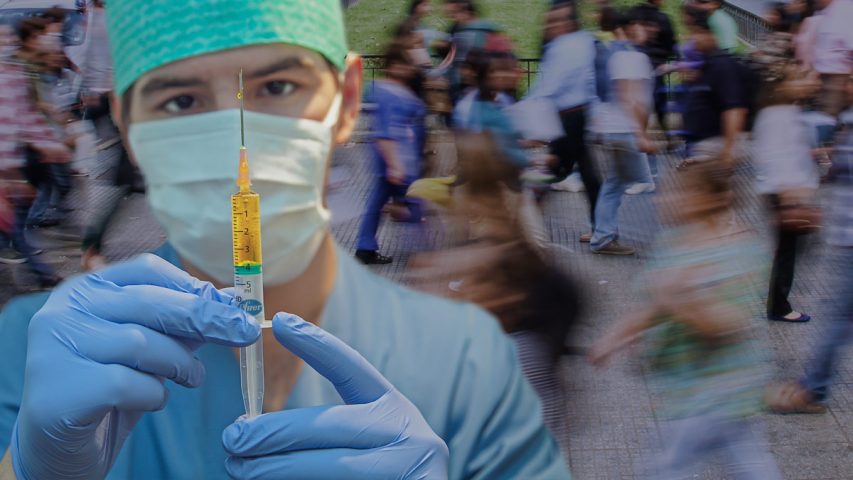 The UK has become the first country in the world to approve Pfizer’s controversial gene-based COVID-19 vaccine. Jointly developed with German biotechnology company BioNTech, the vaccine is based on experimental technology that has not previously been used in any commercially available injection. Revealingly, therefore, after it emerged that Pfizer has been granted a legal indemnity preventing it from being sued over the vaccine, Ben Osborn, the firm’s UK managing director, refused to explain why the company needed such protection.

Pfizer’s vaccine uses ‘messenger ribonucleic acid’ (mRNA), a molecule containing genetic code that instructs the body to make proteins. By introducing a specific mRNA sequence into the body via a vaccine, the idea is that it will instruct a person’s cells to produce the necessary antigens and generate an immune response against the coronavirus.

While Pfizer claims its vaccine is more than 90 percent effective in preventing COVID-19, the fact is that there is no medium- or long-term data to prove its safety. Nor has Pfizer as yet published the full data from the vaccine’s recent clinical trial.

Traditional vaccines generally take around 10 years to develop, including safety testing and regulatory approval. In contrast, Pfizer’s mRNA vaccine took just 10 months to develop and was approved by UK regulators in a matter of weeks. Despite Pfizer’s claim in its press release that “no serious safety concerns have been observed” (emphasis added), many people will doubtless have reservations about submitting themselves to receive it. To say that no serious safety concerns have been observed is not the same as saying there are no safety concerns. With the medium- and long-term effects of gene-based vaccines currently being completely unknown, Pfizer’s wording was clearly chosen very carefully.

None of the above should be taken as suggesting that our organization completely opposes all forms of vaccines. We recognize that peptide-based vaccines have potential in the prevention and control of diseases such as cancer, for example. Consisting of short chains of between 2 and 50 natural amino acids, peptides offer a safe and promising new means of fighting disease. Scientists at the Dr. Rath Research Institute in California have already published pioneering work in this area.

Your Food vs Your Health

We are aiming to be the Facebook of health, as a community with the same mission for health, together we are hopeful, informed, prayerful, and proactive about our health and wellness.

Please confirm you want to block this member.

You will no longer be able to:

Please note: This action will also remove this member from your connections and send a report to the site admin. Please allow a few minutes for this process to complete.

You have already reported this
Clear Clear All